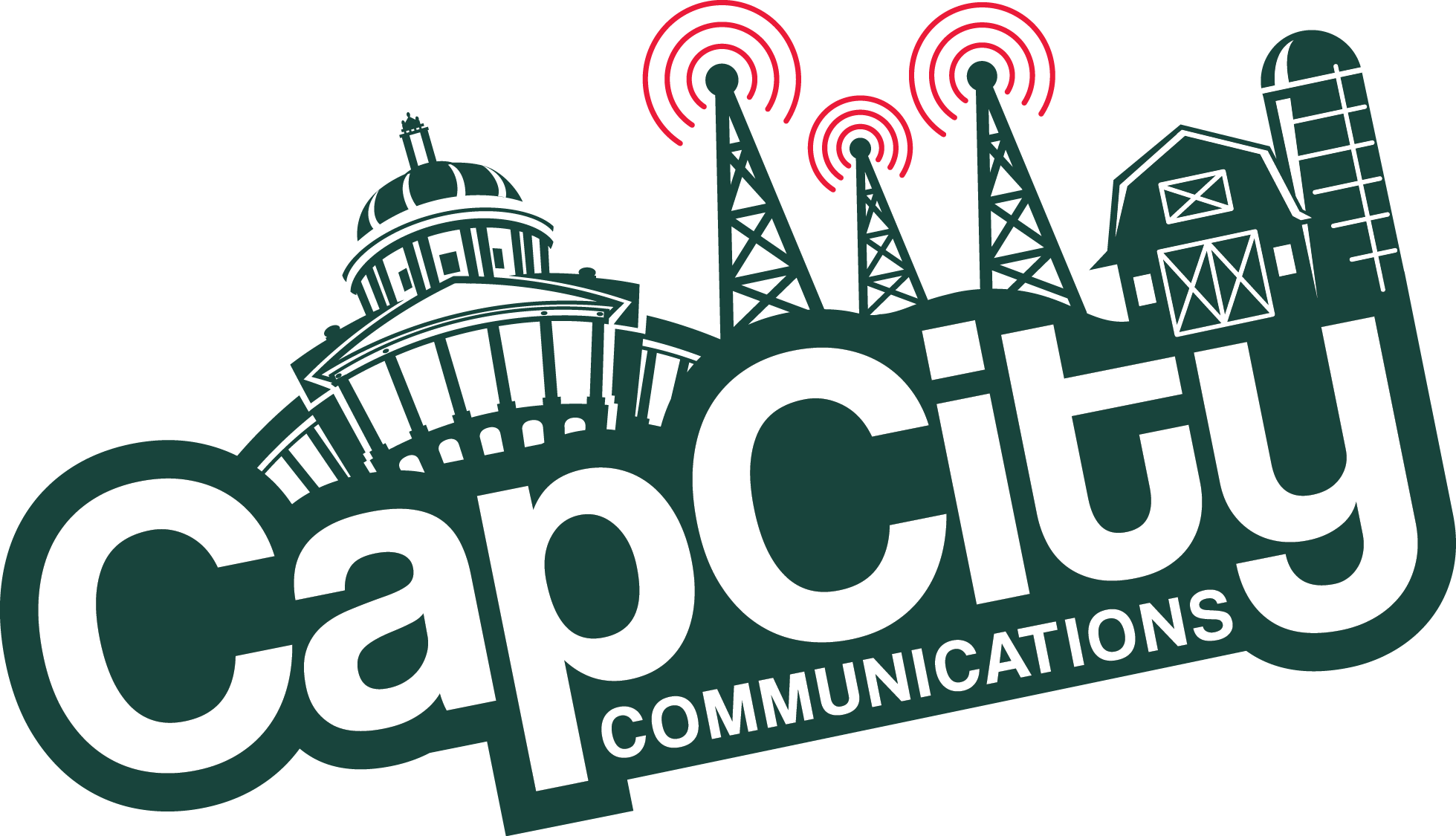 Local Radio in Central Kentucky is alive and well!

CapCity Communications, founded in 2012, has a core philosophy of service. We serve our communities, our listeners and our advertisers. In this era of constant change, we believe it is our responsibility as broadcasters to deliver the best of what traditional radio has to offer, plus the innovation required to stay relevant and compelling in the marketplace.

We are CapCity Communications. 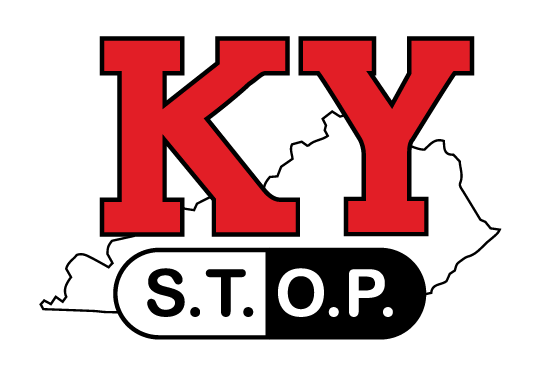 There’s a new drug of choice in Kentucky: Heroin. Fentanyl.

Addiction has reached epidemic levels in Kentucky, where painkiller and heroin abuse are rampant.  Kentucky is all to familiar with heroin overdoses. Especially hit hard have been Northern Kentucky, Louisville, and Lexington raising fears that the heroin scrouge will soon ravage the entire Commonwealth.

Heroin – known by the nicknames such as Black Tar, Big H. Dog, Horse, and Puppy Chow, is a highly addictive drug derived from morphine, which is obtained from the opium poppy. Heroin can be injected, smoked in a water pipe, inhaled as smoke through a straw, or snorted as powder through the nose.

Heroin is especially deadly because it is both highly addictive and unpredictable.  It is also dangerous because there is no way to know exactly what you’re buying.

A key driver behind the uptick in heroin abuse was the reformulation of two widely abused prescription pain drugs, making them harder to crush and snort. Drug manufacturers reformulated OxyContin in 2010 and Opana in 2011.

The growing number of  people who began abusing expensive prescription drugs are switching to heroin, which is cheaper and easier to buy. The reason may come down to basic economics: illegally obtained prescription pain killers have become more expensive and harder to get, while the price and difficulty in obtaining heroin have decreased. An 80 mg OxyContin pill runs between $60 to $100 on the street. Heroin costs about $9 a dose. Even among heavy heroin abusers, a day’s worth of the drug is cheaper than a couple hits of Oxycontin.

Increasingly, heroin is being laced with fentanyl, a deadly and powerful synthetic drug.

To impact the problem, the Kentucky Office of Drug Control Policy will continue to work towards increased public education, increased access to treatment, enhanced penalties for major traffickers, and greater access to Narcan (also referred to as Naloxone).

Kentucky Has The 3rd Highest Drug Overdose Rate in the U.S.

What are “opiates” or “opioids?”

Opioids usually come in pill form and are prescribed to reduce pain. Medical doctors and dentists prescribe them after surgery or to help patients with severe pain or pain that lasts a long time. When opioids are taken as prescribed by a medical professional, they are relatively safe and can reduce pain effectively. However, dependence and addiction are still potential risks when taking prescription opioids. These risks increase when these drugs are abused. Painkillers are one of the most commonly abused drugs by teens, after tobacco, alcohol, and marijuana.

Listed below are common types of opioids:

Is it risky to use any prescription painkiller?

If you are prescribed opioid medications by your doctor, thoroughly discuss the risks and benefits of the medication. Use the medication only as prescribed and do not share it. This significantly reduces the likelihood that you will develop an addiction.

Does everyone who develops an addiction to prescription painkillers move on to heroin?

Not everyone who uses prescription painkillers does or will use heroin. However, according to the CDC, approximately 3 out of 4 new heroin users report having abused painkillers prior to using heroin.

In interviews, people who switched from painkillers to heroin said they made the transition because painkillers became unavailable, because heroin is cheaper, and because they were desperate for relief from opiate withdrawal.

There is evidence that, as prescription painkillers become less freely available, heroin use is increasing. There has been a worrying rise in heroin deaths over the last few years. Nationally, deaths from heroin have tripled in the last five years. Between 2009 and 2012, the number of Pennsylvanians who died of heroin overdose went up 238%.

What can I do to make sure my child doesn’t get involved with drugs?

There is no guaranteed protection against substance use, but there are protective factors. These factors reduce the chances that your child will use drugs or alcohol and develop an addiction.

Parents often feel that their influence over their adolescent children is minimal. In fact, research and clinical experience show that parents can have a significant influence over their children’s decision to use drugs or alcohol. Parents are advised to build a trusting relationship with their children, regularly discuss the risks of substance use, and model healthy behaviors for children to learn from. Parents should also be aware of and monitor childrens’ risk factors. Children with a family history of addiction, a mental health condition, an impulsive/risk-taking personality, and/or a history of trauma are at greater risk of substance use and addiction.

What’s the difference between treatment and Twelve Step support groups?

Twelve Step support groups are a form of peer support. They are the most widely available mutual support groups for people trying to break the cycle of addiction and those in recovery. In addition there are other peer support options including: Women for Sobriety (WFS), SMART Recovery (Self-Management and Recovery Training), and Secular Organizations for Sobriety/Save Our Selves (SOS).

Professional treatment involves a structured program over time that includes credentialed counseling for substance abuse which is often accompanied by closely supervised medication. This can occur in a treatment facility for in-patient or out-patient clients. Out-patient treatment can also be received in a variety of community based locations.

What’s the difference between detox and treatment?

Detox is a process of managing the acute physical symptoms of withdrawal. Detox may be medically managed in an inpatient facility or hospital. It may also occur on an outpatient basis. Detox is a short-term process, usually lasting less than a week.

Treatment addresses the biological, psychological, and social aspects of addiction. It should last longer than detox. Research tells us that most addicted people need at least three months in treatment to really reduce or stop their drug use and that longer treatment times result in better outcomes.

Depending on the type of treatment, detox may be the first step in a drug treatment program. But detox alone with no follow up is not treatment.

I have some reservations about the use of methadone or Suboxone to recover from opiate addiction. Isn’t that just trading one addiction for another?

Used properly, medications do not create another addiction. Medications allow an addicted person to regain a normal state of mind, free of drug-induced highs and lows. It frees the person from thinking all the time about the drug. It can reduce problems of withdrawal and craving. These changes can give the person the chance to focus on the lifestyle changes that lead back to healthy living.

What should I do with old medications?

There are several safe ways to dispose of unused medications. Many regions in Pennsylvania have medication drop boxes which allow citizens to turn in unused drugs in specific locations.

Medications can also be placed in the trash. The FDA recommends flushing some prescription painkillers down the sink or toilet, but it is important to know which ones.

Do not share unwanted medications. A medication that has been safely prescribed to you could be dangerous for someone else.

Are heroin and prescription painkillers basically the same thing? What’s the difference?

In interviews, people who switched from painkillers to heroin said they made the transition because painkillers became unavailable, because heroin is cheaper, and because they were desperate for relief from opiate withdrawal.

In part because of prescription drug abuse, heroin use is growing dramatically. There are now more than 1 million heroin users in the United States. Heroin-related overdose deaths have more than quadrupled since 2010.

There is evidence that, as prescription painkillers become less freely available, heroin use is increasing. There has been a worrying rise in heroin deaths over the last few years. Nationally, deaths from heroin have tripled in the last five years. Between 2009 and 2012, the number of Pennsylvanians who died of heroin overdose went up 238%.

Heroin is a highly addictive, illegal drug. It is used by millions of addicts around the world who are unable to overcome the urge to continue taking this drug every day of their lives—knowing that if they stop, they will face the horror of withdrawal.

Heroin (like opium and morphine) is made from the resin of poppy plants. Milky, sap-like opium is first removed from the pod of the poppy flower. This opium is refined to make morphine, then further refined into different forms of heroin.

Most heroin is injected, creating additional risks for the user, who faces the danger of AIDS or other infection on top of the pain of addiction.

“Diamorphine” is the Recommended International Nonproprietary Name and British Approved Name.[1][88] Other synonyms for heroin include: diacetylmorphine, and morphine diacetate. Heroin is also known by many street names including dope, H, smack, junk, horse, and brown, among others.[89]

Like most opioids, unadulterated heroin does not cause many long-term complications other than dependence and constipation.[49] The purity of street heroin varies greatly. This variation has led to individuals inadvertently experiencing overdoses when the purity of the drug was higher than they expected.[50][51] Intravenous use of heroin (and any other substance) with needles and syringes or other related equipment may lead to:

A small percentage of heroin smokers, and occasionally IV users, may develop symptoms of toxic leukoencephalopathy. The cause has yet to be identified, but one speculation is that the disorder is caused by an uncommon adulterant that is only active when heated.[54][55][56] Symptoms include slurred speech and difficulty walking.

According to the National Institute on Drug Abuse (NIDA), fentanyl is a powerful synthetic opiate analgesic similar to but much more potent than morphine. It is typically used during anesthesia, to treat patients with severe pain, or to manage pain after surgery. It is sometimes used to treat people with chronic pain who are physically tolerant to opiates. It is a schedule II prescription drug. However, recent overdoses have been connected to illegally produced and trafficked fentanyl, not diverted pharmaceutical fentanyl.

Like heroin, morphine and other opioid drugs, fentanyl works by binding to the body’s opiate receptors, highly concentrated in areas of the brain that control pain and emotions. When opiate drugs bind to these receptors, they can drive up dopamine levels in the brain’s reward areas, producing a state of euphoria and relaxation – and in some people, the urge to use the drug again and again. Medications called opiate receptor antagonists act by blocking the effects of opiate drugs. Naloxone is one such antagonist. Overdoses of fentanyl should be treated immediately with an opiate antagonist.

When prescribed by a physician, fentanyl is often administered via injection, transdermal patch or in lozenge form. However, the type of fentanyl associated with recent overdoses was produced illegally in underground laboratories and sometimes mixed with (or substituted for) heroin in a powder form. 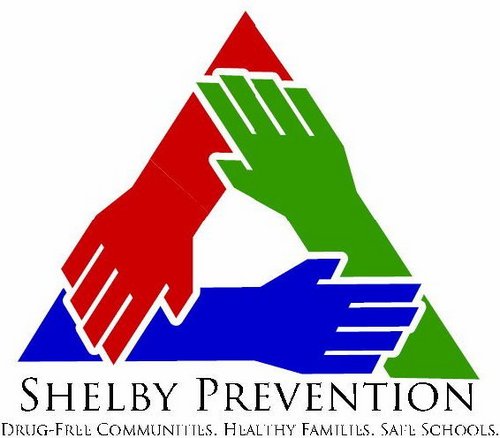